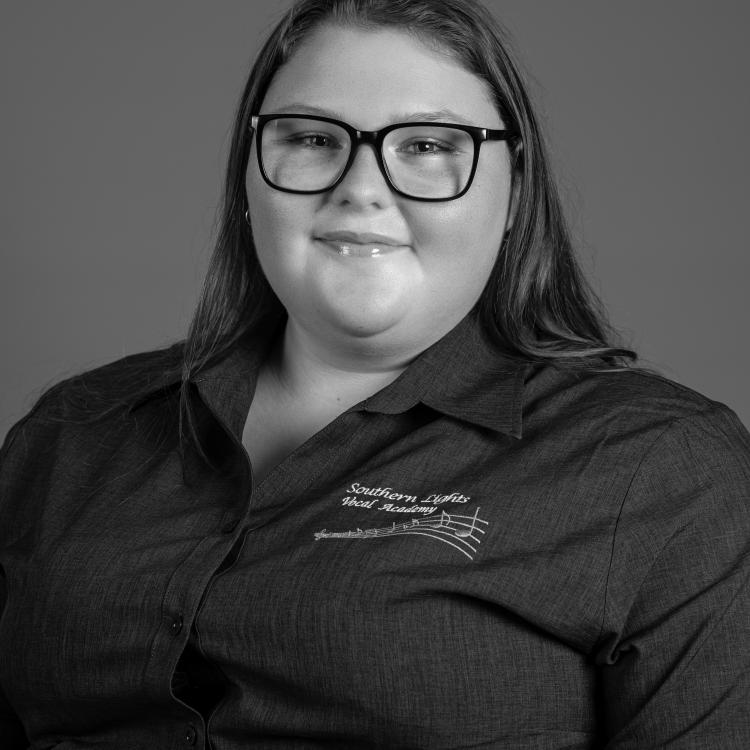 Erin has been a part of the Southern Lights family since the age of 7, learning under the guidance of Principal Teacher Emma Tobin. She has been involved in representing Southern Lights at various eisteddfods and fundraisers since then and has also taken part in recitals and end of year concerts. This includes the Carols by Candlelight fundraiser and eisteddfods all over the Illawarra.

Erin has just recently graduated from Wollongong High School of the Performing Arts where she studied in the PA music program and was part of various vocal ensembles as well as being part of auditioned vocal groups. In years 11 and 12 she studied Music 1 and entertainment industry.

Throughout her singing journey with Southern Lights, Erin has been part of various groups such as Rising Lights and the Southern Lights Showgroup since the age of 11, in which she is still a member of. In these groups Erin has built skills both singing and performing with others.

Erin has always had the dream of becoming a singing teacher and allowing students to advance and grow in their skills. From her experience with Southern Lights, it has always been a welcoming and accepting environment, which Erin hopes to pass on for her own students.

In 2019, Erin had the opportunity to student teach Shining lights under the guidance of Principal Teacher Emma Tobin and alongside Alicia Mason. This included learning repertoire and movement for upcoming performances and allowed Erin to further her skills and gain further knowledge and appreciation for her work.

Erin is happy to be part of the team at Southern Lights and is excited to share her passion with all students, while still providing a fun and accepting learning environment.

Interested in doing some lessons with Erin? Get in touch today!