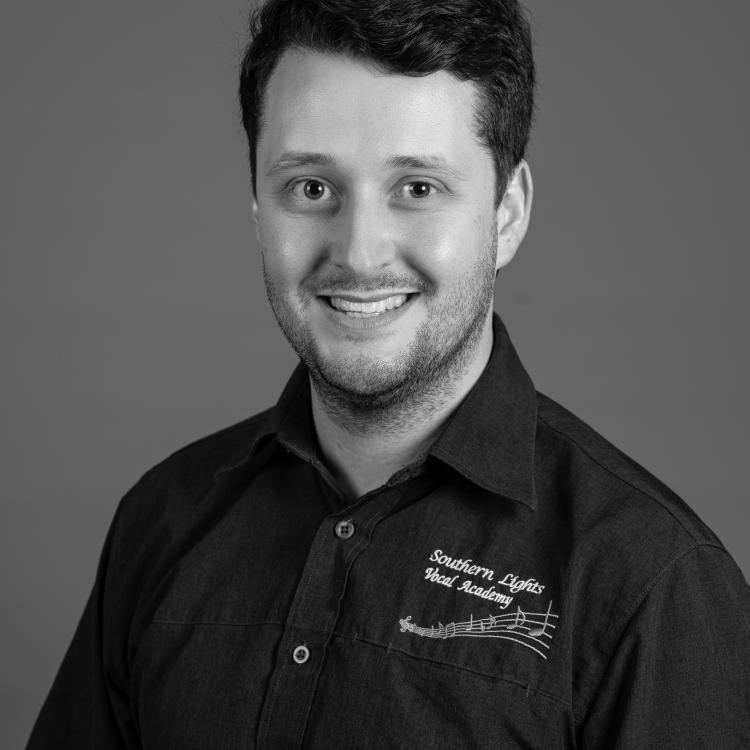 Evan is an extremely skilled and talented Piano and Vocal Teacher, beginning playing the piano when he was six years old. He studied Classical Piano for 8 years, and has achieved AMEB Grade 7.

As well as teaching at Southern Lights Vocal Academy, Evan also collaborates with The Drama Studio @ IPAC writing shows for students. On top of this, he has also composed audio for international projects, such as the National Theatre in London, as well as The Shakespeare Project, run in association with the Stella Adler Studio of Acting in New York. He also wrote the music for a parody musical, Jurassic! That Is One Big Pile Of Musical; which was voted as Audience Choice for best show as part of the Sydney Fringe Festival 2014.

Evan is an active musician, as both a pianist and vocalist in The Tornadoes which is one of the oldest established rock and roll bands in Australia. He often spends his weekends performing at weddings or working with other musicians in the area to create new shows. Evan also plays a key role in arranging the pieces that the Studio’s choirs’ perform. Evan's expertise lies mainly in music theory and the practical application of that knowledge to the voice and the piano.

Evan is very dedicated to music and believes there is no correct or incorrect way to approach it- as any approach is a step forward in musical thinking.

Would you like to start lessons with Evan? Get in touch today!