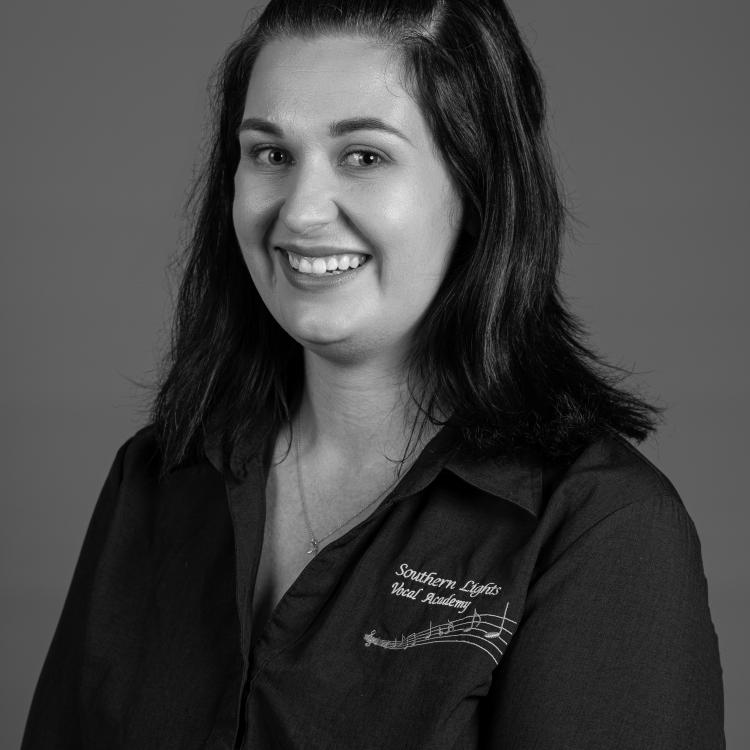 Emma has been teaching at Southern Lights since it opened in 2009. She has trained vocally under our Principal Teacher Danny Benn.

Emma is a highly experienced performer, starting her on-stage career at the age of nine, and has been performing for over twenty years. She graduated from Wollongong High School of Performing Arts in 2008 and since then has become a soloist and ensemble performer in events such as Shellharbour Carols, Kiama Carols as well as Southern Stars. In 2015 Emma was a featured artist for the Illawarra Youth Arts Project Superclub Cabaret.

Emma has also been heavily involved in community theatre in the last few years, some of her major roles are Margret White in ‘Carrie’ the musical, Justice Charlier in ‘Rock Of Ages and Alex Spofford in ‘Witches Of Eastwick’ and Martha Dunnstock in ‘Heathers’  just to name a few.

She has also been privileged enough to be able to bring her knowledge to the youth of the Illawarra by being musical director for a number of productions.

Her extensive performance knowledge has allowed her to successfully showcase a number of her group classes in local Eisteddfods where they have received high praise and awards from the adjudicators.

Emma is an incredibly passionate and dedicated teacher, working persistently to create a fun environment but still places a lot of emphasis on the need for hard work and practice.

Would you like to being lessons with Emma? Let us know!