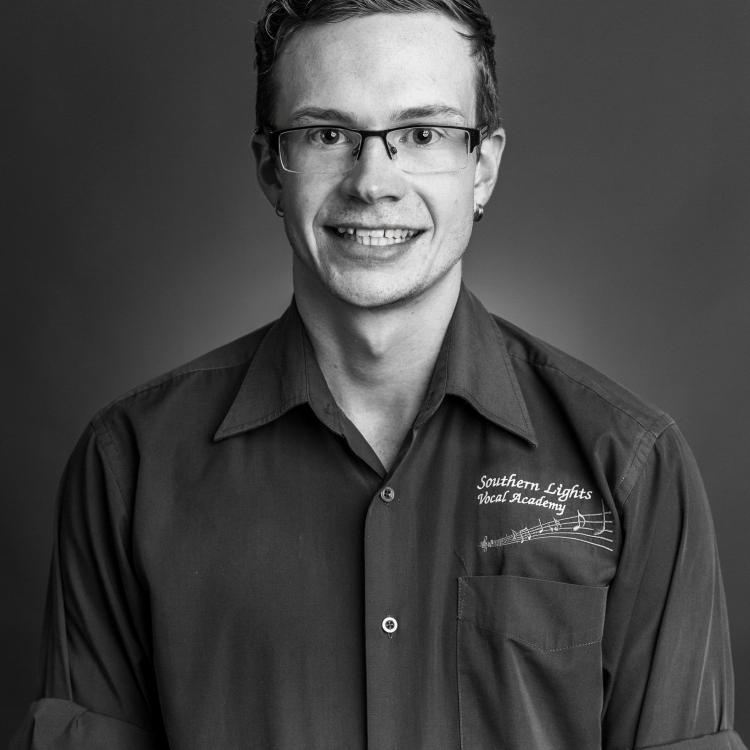 Nick is a qualified early years teacher who enjoys working with children and supporting their development both in Early Years and Primary Aged education, including introducing children to music concepts.

Nick has been with the studio for over two years as a student of Danny Benn and is also part of the Southern Brothers and recently joined the Choir of Southern Lights. Nick has been working at the studio since June and handles the organisation of concerts and performances, designing graphics and assisting Danny Benn with day to day running of the studio. You may also see him helping out on the reception desk.

Nick has been an active face in the community theatre scene since 2015 having worked with Roo Theatre, Illawarra Youth Arts Project, Albatross Musical Theatre Company, Phoenix Theatre and BlackBox Theatre across many roles such as Stage Manager, Photographer, Director, Technical Director, Production Manager and as a performer. He has played roles such as Nikos in AMTC's Legally Blonde (2016), Ja'Keith in iYap's 'Rock of Ages' (2018), The Duchess in Roo Theatre's Alice (2019) & Cousin Kevin in Phoenix Theare's 'Tommy' (2019).