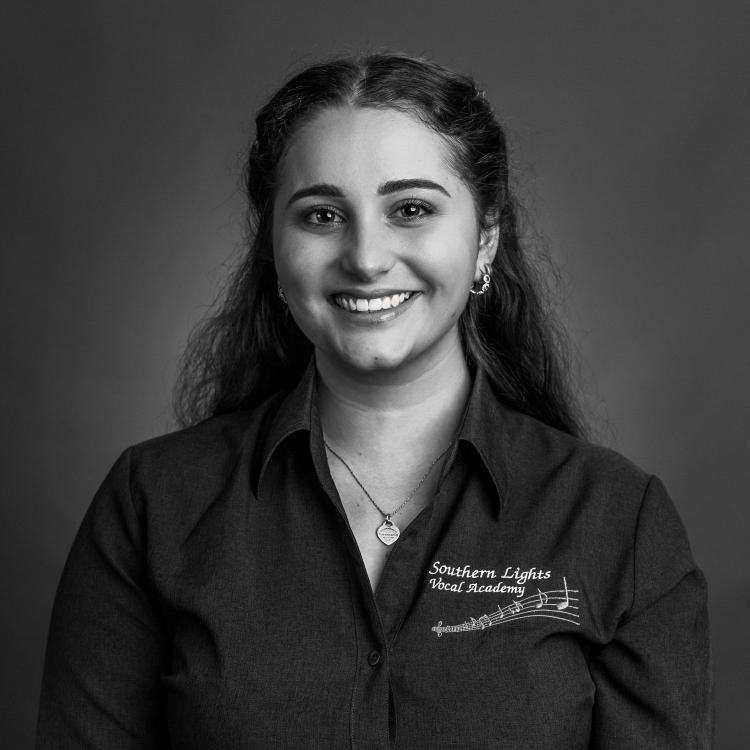 Isabelle is a seasoned performer having been onstage from a young age. She has completed a Bachelor of Music (Contemporary) at the Australian Institute of Music, was an auditioned music student at Wollongong High School of the Performing Arts, majoring in vocals, and was selected as a featured artist for Southern Stars in both 2014 and 2015.

As well as being a professional musician in the Illawarra and Sydney regions, Isabelle has been involved in multiple productions in the Illawarra and Shoalhaven as both a vocal coach and performer. She has been vocally trained under Danny Benn, Jo Fabro, Sam Walton and David McLeod in styles ranging from RnB to rock to operatic arias and everything in between, with piano tuition from Evan Kerr.

Isabelle believes everyone has a unique voice, and with her extensive knowledge and performance experience, she implements strong techniques as a base for students to be able to safely explore their musical creativity.

Interested in doing some vocal lessons with Isabelle? Send us a message!