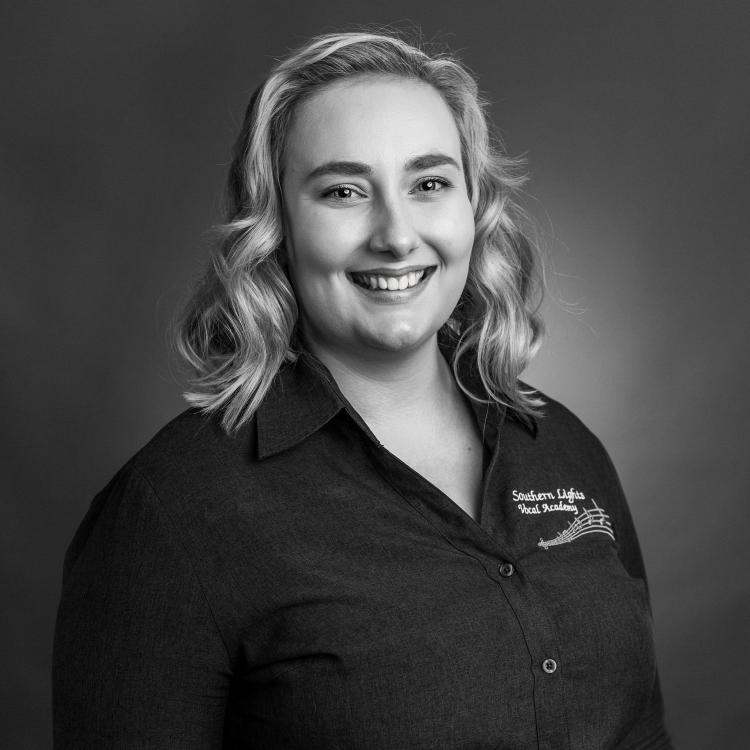 Genevieve has had an extensive history with the performing arts having begun her dance career at age 3 and later singing at age 8. Genevieve began teaching singing in 2013 and is extremely passionate about her work, supporting people of all ages in their musical endeavours. Genevieve has been a part of many amateur theatre productions starting her musical theatre experience in 2014, both working onstage and off as a musical director, performer and director.

Genevieve has had the privilege to study all styles of music, from classical to jazz and completed her HSC in 2015 with a band 6 in music. During her studies Genevieve had the privilege of competing in various eisteddfods and performing for a wide range of audiences. Genevieve has also attended many vocal workshops including NIDA workshops and seminars with Australian National Association of Teachers of Singing.

Genevieve is a passionate teacher and aims to inspire and progress her students in an engaging environment.